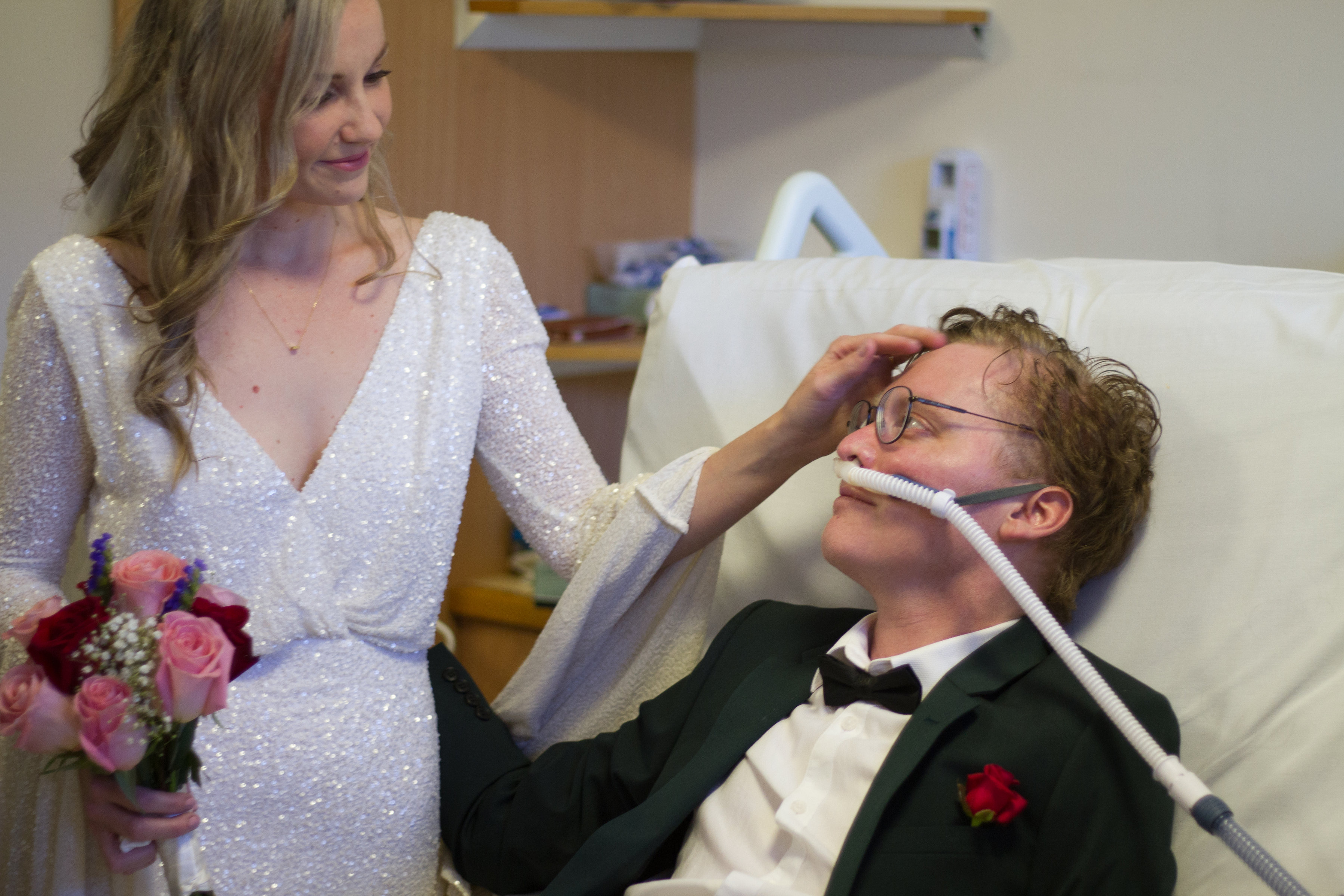 Matt entered this life on 20th September 1986, a blue baby, giving Derek and Jackie a real scare because he wasn’t breathing.  Three months later, he was diagnosed with cystic fibrosis. And a lifetime of doctor’s visits, and lung function tests began… and I’ll share a little of that journey with you all – starting 5 years ago, when he met Jasmin through friends – the couple instantly clicked and have been inseparable every since.  Not long after they met, Matt was listed for a transplant, but they waited for over 18 months.  Then on 30th June 2015 Matt got the call – he would have a triple organ transplant, a heart, lungs and liver from one donor.  Matt’s heart was healthy, and because of this, he donated his heart to someone in need – a beautiful gift when you think his heart is beating in someone’s chest right now – and while we would all prefer it was beating in Matt’s chest, he helped save someone’s life.

The journey wasn’t easy, Matt spent a year recovering with multiple infections, 2 types of cancer and multiple surgeries.  In May 2016 he was able to get off oxygen and he recovered from the transplant.

He entered a period he described as ‘a good 18 months’, he went back to uni, though dropped out because he realised ‘living his life’ was more important, he went back to work, he walked, he cycled, he kayaked, he went out to restaurants and went for coffees, and he enjoyed it all.  On New Years Eve 2016, in Singapore, Matt asked Jasmin to marry him.  And of course, she said yes.  They were as happy as can be…

But, soon there were liver issues, although he still worked and managed. In October, the decline in Matt’s health began – he had rapid weight loss, and lung function tests saw a decline – he’d developed a viral infection in his lungs and a bout of acute rejection, more infections, more rejections.

Then just in January 2018, the doctors told him there was chronic rejection – and after trying multiple treatments, and the arduous testing to be put back onto the transplant list, there was another decline and Matt was put into ICU.  The doctors were told there was nothing else to be done. Matt and Jasmine had planned a big white wedding in New South Wales at the end of March, but sadly that wasn’t a dream that would come true for them.

Jasmin and her bridesmaids were stunning, and even Matt and Jasmin’s fur-daughter, Billi, made an appearance.

There were tears, love and laughter, as Jasmin and Matt exchanged beautiful wedding vows and became husband and wife.  Matt’s father said the wedding was one of his favourite memories of his son, and the celebrant, Natasha Lewis, said it was the most beautiful ceremony she had ever been involved with.

Matt spent the following day, Saturday, saying his farewells to his heartbroken family, and in true Matt style he spent that time consoling others.

Matt died on Sunday, 11th March, 2018, surrounded by his new wife and close family knowing he was very much loved.

The family asked our CEO, Lynette to conduct Matt’s funeral, which she also gifted to the grieving family at the Lakehouse, Brightwater on the Sunshine Coast before nearly 300 guests including many of the Brisbane Doctors and nurses, even those that treated him as a child – a testament to the beautiful and engaging young man he was.  A young man who faced more adversity than most face in a lifetime, was taken too early. 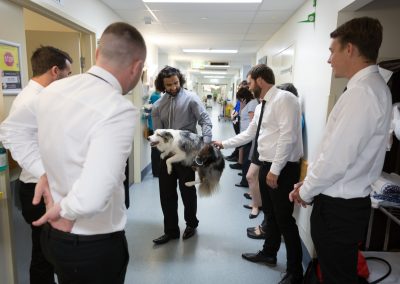 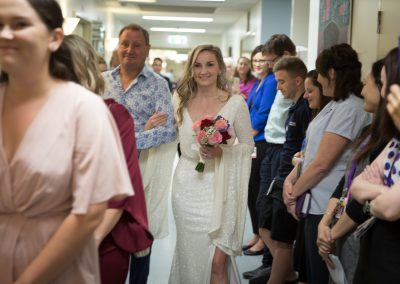 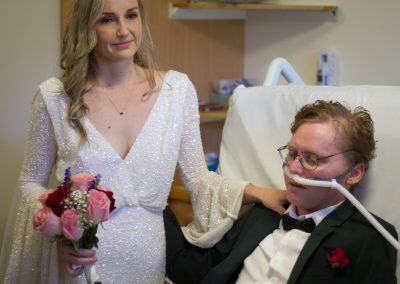 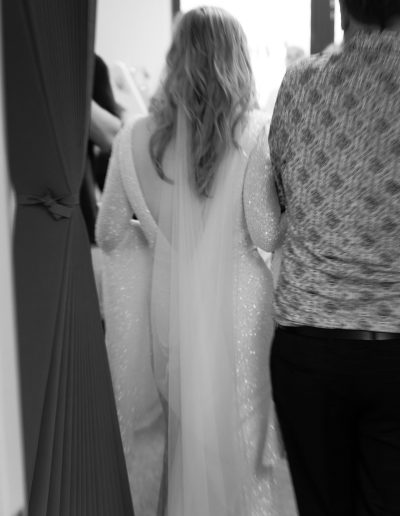 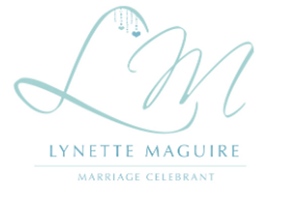