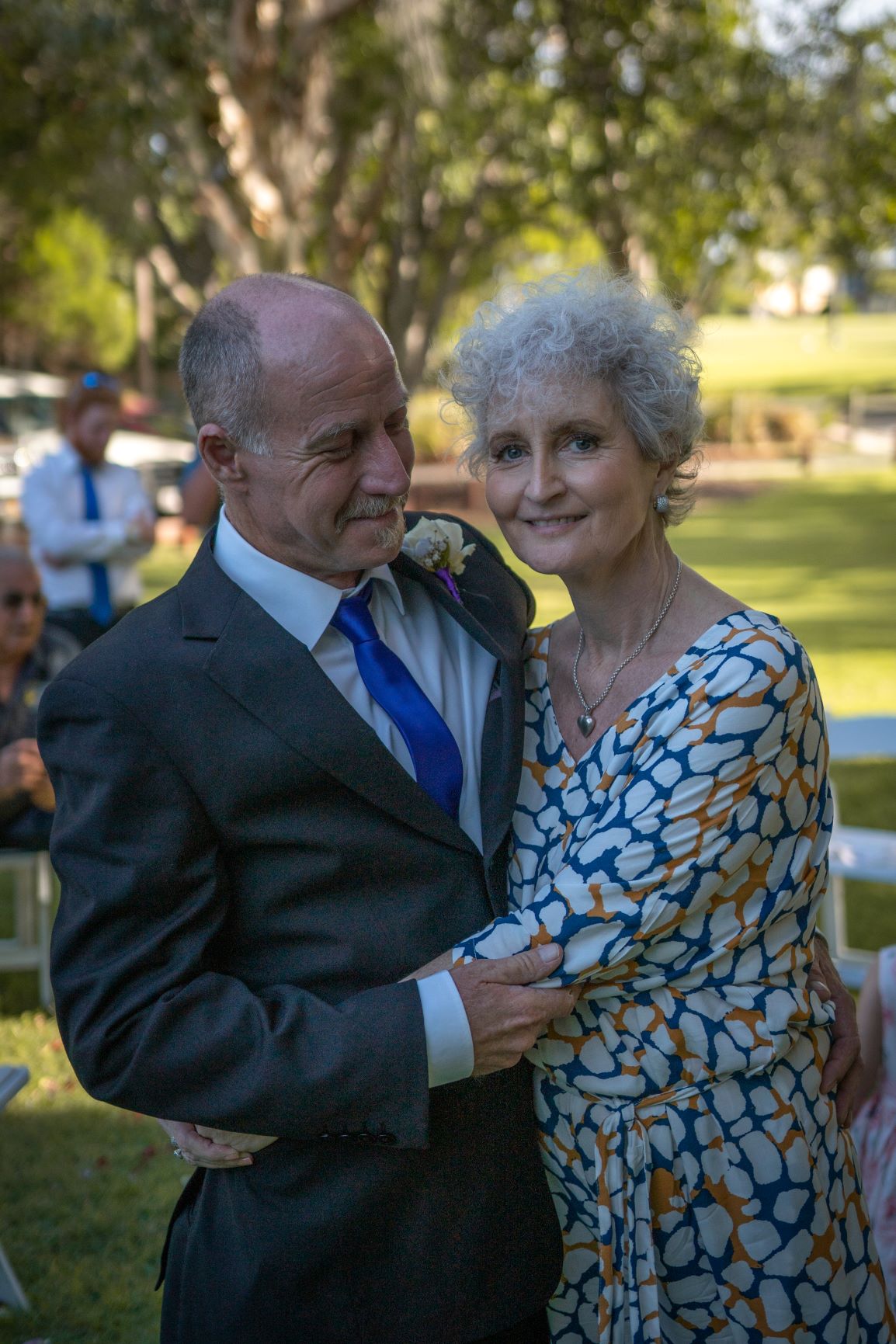 Cameron was headed out for a boy’s night out, which did not play out the way it was expected. The boys ended up at the Gosford Leagues Club – 6 lads in a Telstra van. Being wary of the dress code, Cameron held up his foot with 3 toes poking out of his volley and said “I’ve had a sandshoe blowout” This was overheard by Kerrie who was passing by and the rest fell into place. Cameron had been through a tough time with a previous relationship and had outlined his wish list of the ideal lady to his Mum. He made the list – and Kerrie ticked all the boxes. As it turns out – they were moving in the same social circle already, but their paths had never crossed.

Kerrie had a son Christopher (2) and the couple then had Liam 7 years later. The family moved to Hervey Bay in 2000, joining Kerrie’s mother and sister, with Cameron’s parents later joining them in Hervey Bay. They now also have a beautiful granddaughter, Brooklyn.

Kerrie had been a popular mobile hairdresser for many years and Cameron worked on telephone and NBN lines at home and away as well as caring for the disabled, until Kerrie’s diagnosis. Kerrie has metastatic pancreatic cancer with a prognosis of less than 2 years.

Absolutely devoted to each other their long awaited wedding day was everything they had hoped for. 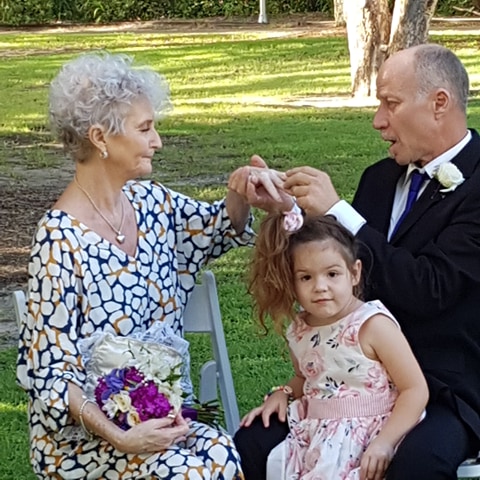 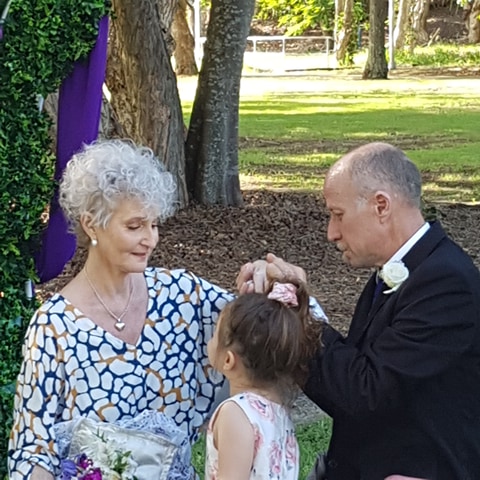 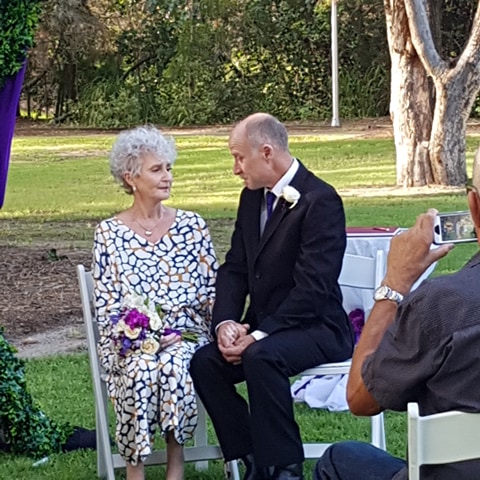 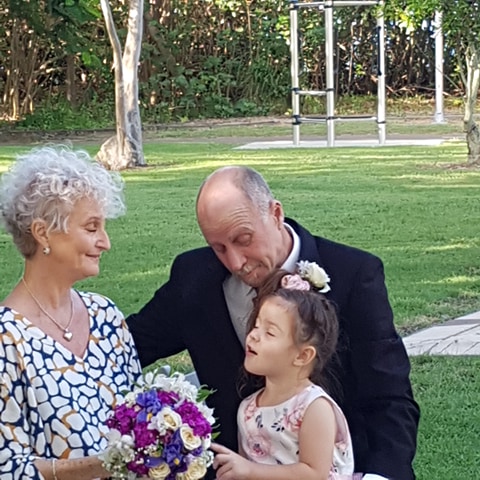 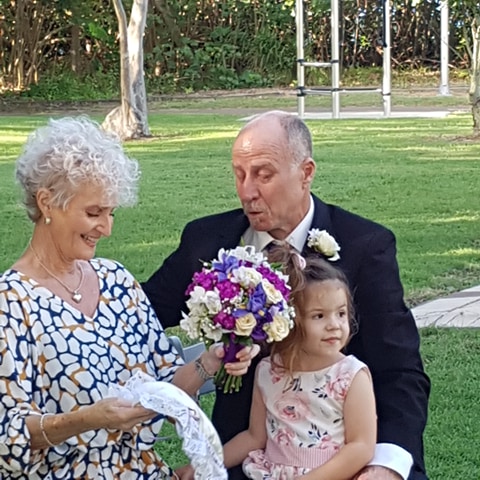 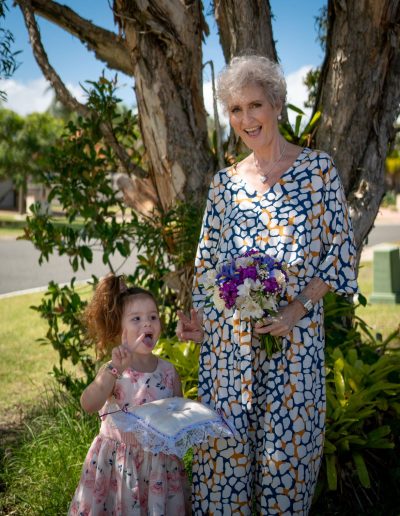 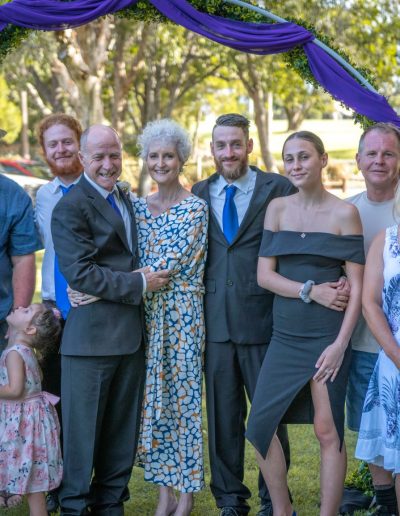