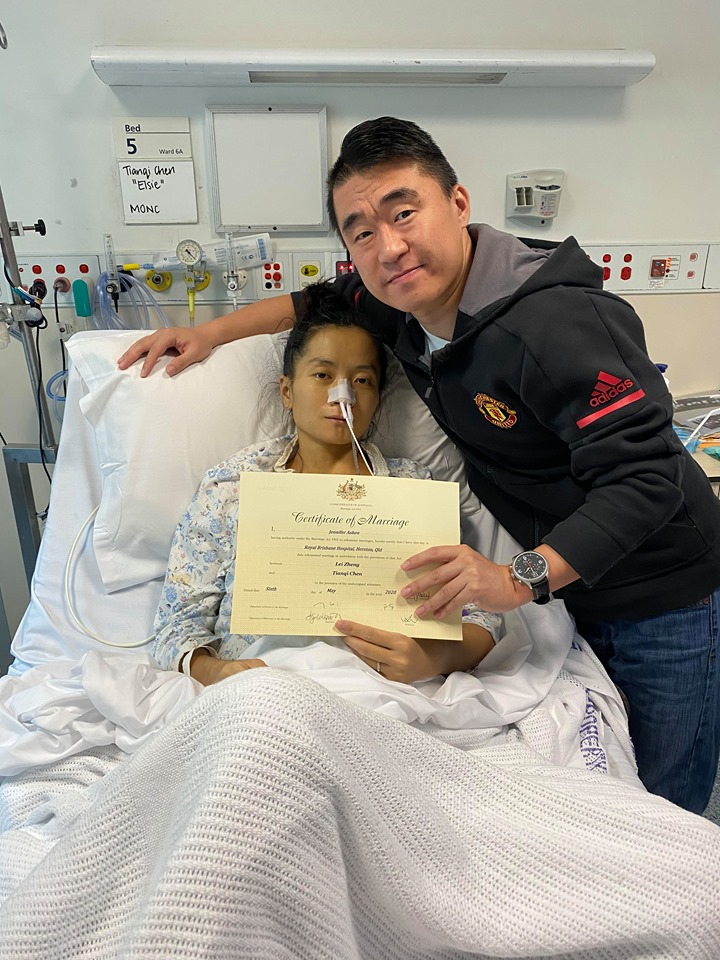 Elsie and Leo first married in 2011, and went on to have 3 beautiful children, now aged 9, 7 and 4.. They were divorced last year and when Elsie was diagnosed with gastric cancer, which is not responding to treatment, Leo asked if there was anything she’d like to do before she passed.  Her response was that she would like to marry him again.

Leo contacted Lynette Maguire, CEO of My Wedding Wish and the couple were married less than 24 hours later.  A hospital bedside ceremony was performed on the 6 May, 2020, by Jenny Ashen, Celebrant, who had also done a a terrific job of organising the Shortening of Time.

Elsie passed away peacefully within two weeks of the wedding.

The Wedding Wish Supplier – who generously donated her services to support this amazing couple’s wedding: