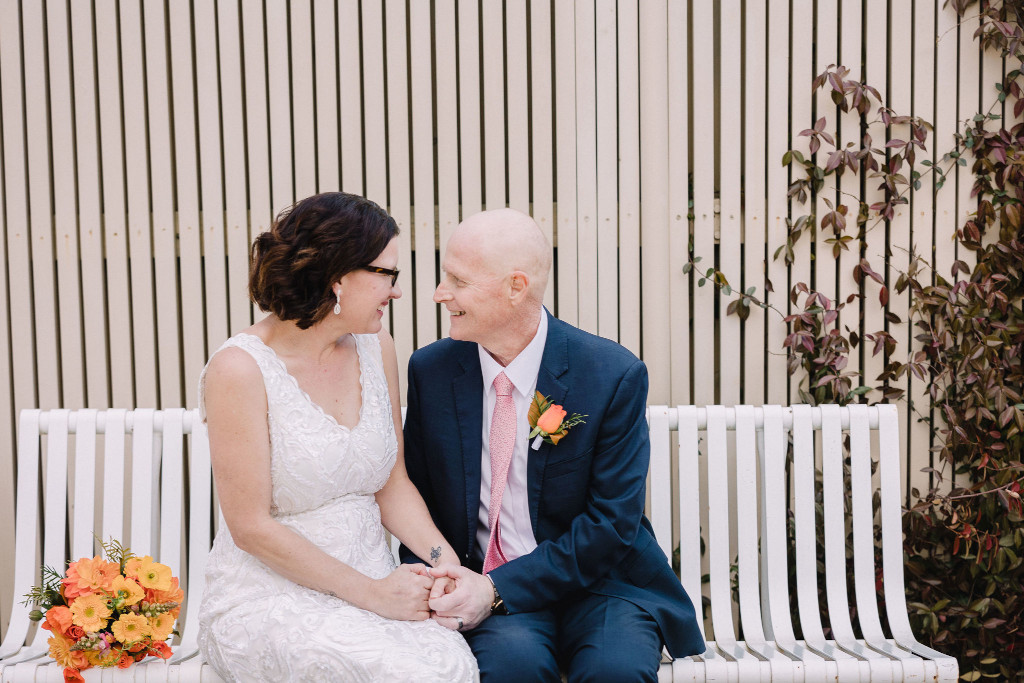 David and Pru met five and a half years go after both taking the plunge into online dating.  It wasn’t long before they realised they were perfect for each other and started to create a life together.  Almost three years ago they brought a lovely home and were busily creating a life together before David got sick.  In early 2021, David started to feel unwell.  It started with fatigue and weight loss and progressively got worse from there.  Finally David went to the doctor and after a few tests it was decided he needed to head to hospital for further investigations.  From the moment David went to hospital Pru didn’t leave his side.  It took three weeks of investigating, but finally they received a diagnosis of Hemophagocytic Lymphohistiocytosis (HLH), a rare life-threatening condition affecting David’s bone marrow.

Once diagnosed, treatment commenced and David responded well.  David and Pru managed to leave hospital after a three week stay and  treatment continued as an outpatient.  After a wonderful, relaxing week at home David unfortunately developed not one, but four separate infections and was re-admitted to hospital for further treatment.  It was during this hospital stay that it was discovered that David had a serious fungal infection – Aspergillus. It was affecting David’s tonsils, nasal passages, sinus, throat, vocal cords and lungs.  After two operations to try and remove the fungus, it was discovered that the infection was in 1/3 of his wind pipe and that his vocal cords had been partially destroyed.  David and Pru realised that further surgery was not a feasible treatment option so they decided to keep trying antibiotics and see what happened.

One of David’s strong wishes was to marry the love of his life and this is exactly what he did on the 29 June in a beautiful ceremony provided by the generous My Wedding Wish Canberra suppliers.  Planning any wedding can be stressful and a wedding during the COVID pandemic is difficult enough at the best of times, but to organise one that is to be held in a hospital makes it even more fraught!  However, MWW pulled it off!!

The wedding was absolutely beautiful.  In order to meet COVID restrictions, the ceremony was held in one of the Hospital’s courtyards surrounded by 20 family members and close friends.  Being in a courtyard was interesting given it was a cold winter Canberra day, but luckily the sun shone bright for the whole ceremony. David had swollen feet and couldn’t get shoes on, so in a display of unity Pru said “if David can’t wear shoes neither will I!”  Both wore bright red socks, of the type provided to patients in the hospital.  The couple were particularly touched by the large number of medical staff who attended the ceremony.  These included David’s treating doctors, nurses, pathology and other hospital staff.  The couple appreciate the care, compassion and commitment shown by all Canberra Hospital staff they have come across – with two of David’s key doctors being the official witnesses at the wedding.

This is what David and Pru had to say about their wedding:

“We can not thank MWW enough for all they did to make our day so special. MWW provided us with a beautiful ceremony and to all the local Canberra providers who contributed to the day – thank you from the bottom of our hearts. We will pay this kindness forward whenever we are presented with the opportunity to do so” said the happy couple. David and Pru are back at home and David is fighting hard to try his best to beat the fungal infection and then get back to fighting the HLH.” 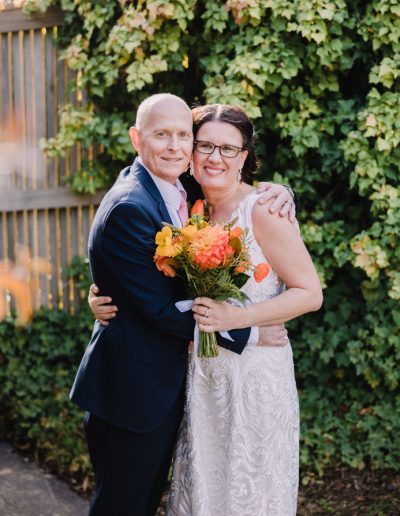 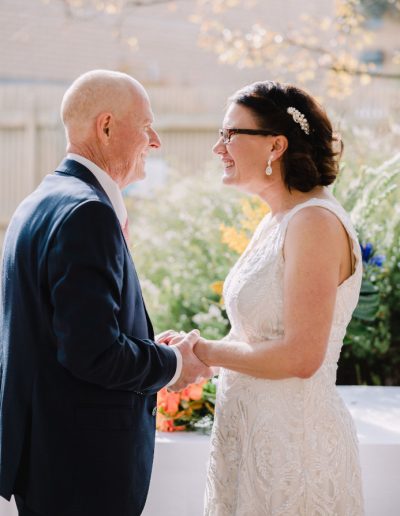 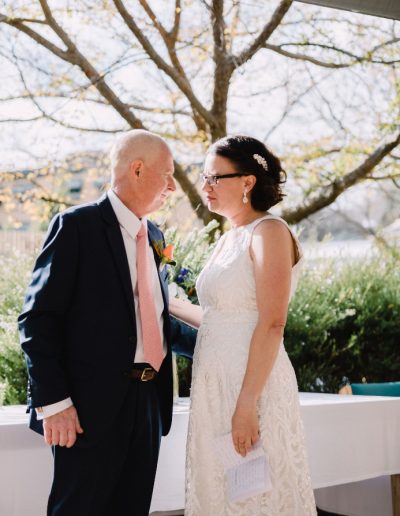 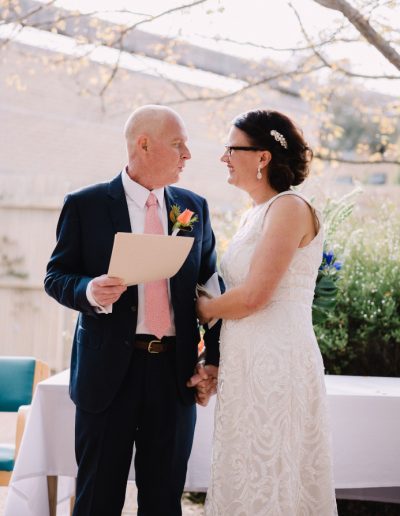 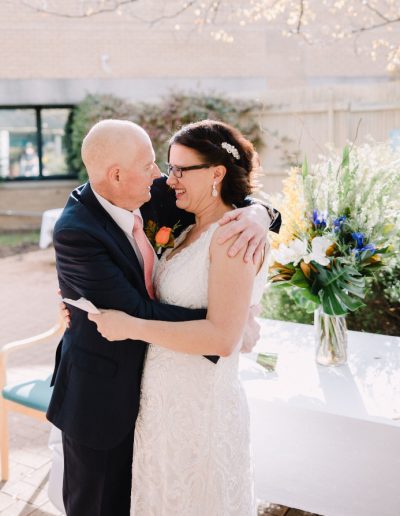 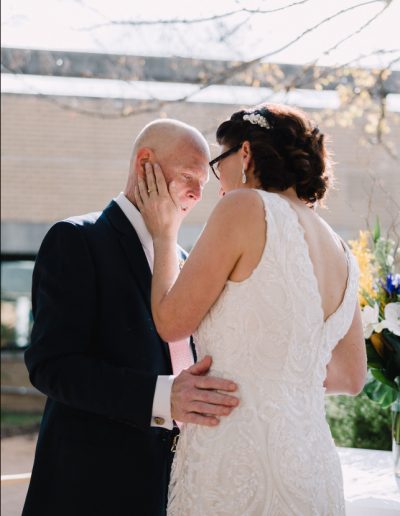 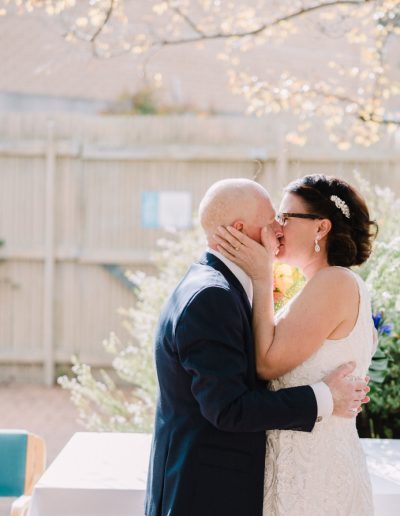 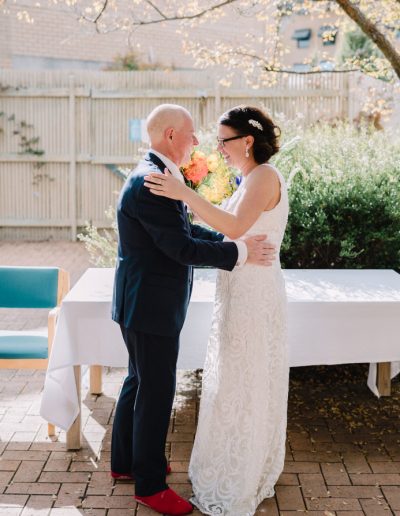 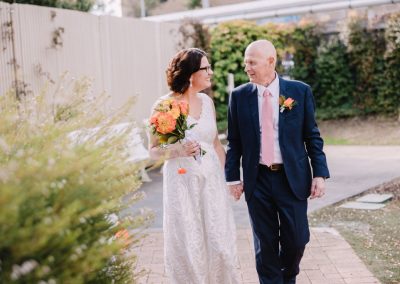 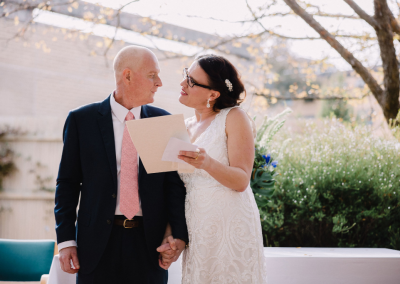 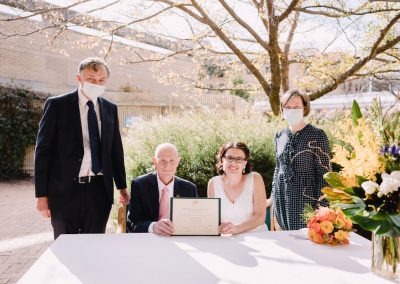 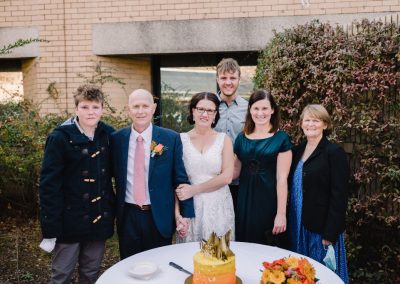 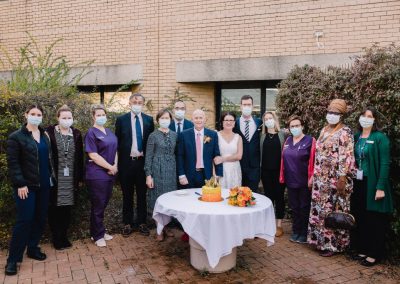 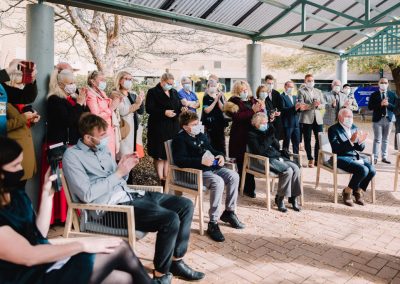 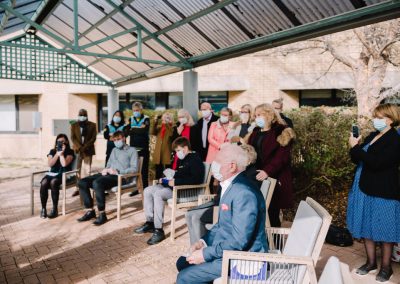 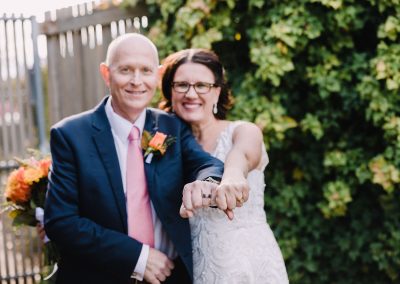