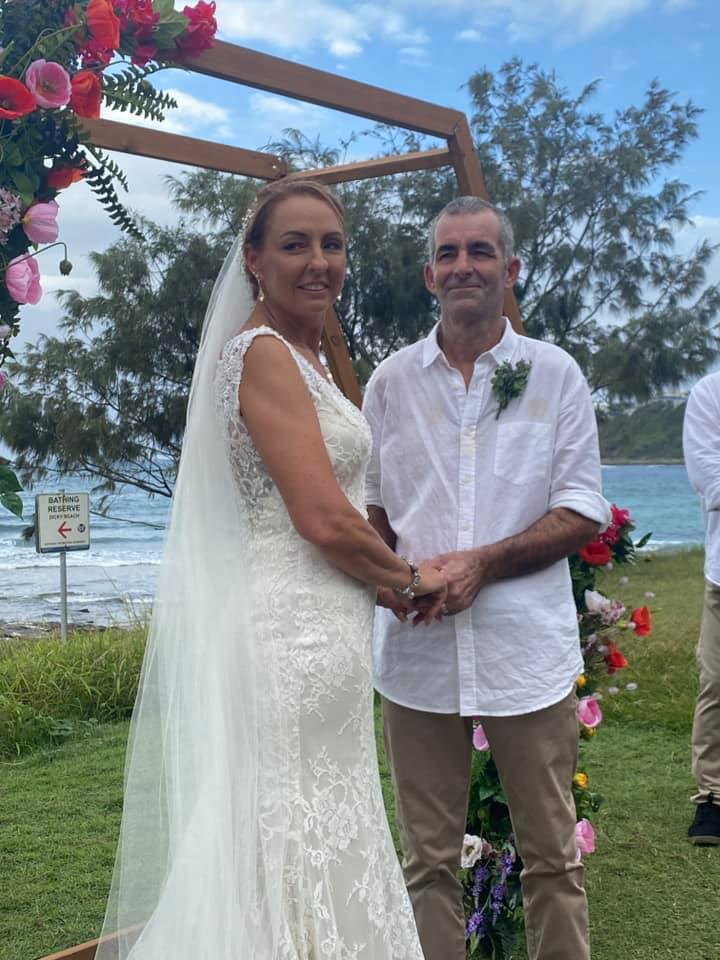 Brett and Desley first became friends as teenagers in 1987. They each followed their own life’s path of getting married, having families, and catching up on occasion as birthdays, New Year Eve and other special events. They reconnected about 13 years ago, after their marriages and dissolved, and became close friends. When Brett was admitted to hospital in 2013, Desley realised she was in love with Brett and had to tell him, there was no hiding it any longer. Brett laughed when Desley told him, and he then revealed he felt the same way. They started dating immediately. Life was great and very soon afterwards they moved in together. In September 2015 Brett popped the big question at a penthouse in Mooloolaba, proposing in the spa under the moonlight and stars. The answer was a YES!!

Life got busy and they never got around to getting married. A 2020 wedding was planned and then quickly crushed by Covid-19. In the middle of 2020, Brett’s health started to deteriorate and in December 2020 they were shattered with the news that Brett had Motor Neurone Disease.

Within 2 days of diagnosis Sarah, their sister-in-law, volunteered to take their wedding by the reins and give them the wedding of their dreams. They were not disappointed! My Wedding Wish jumped on board along with so many other amazing suppliers and on the 17 of January 2021 their dreams came true. Desley told us that “everything was absolutely perfect and simply the most amazing day”!

There was a big surprise ahead for Brett. As a Holden fan he had threatened to go to the wedding in an Uber before he would step into a Ford. Brett’s face was priceless when he walked out to not only set eyes on the Holden Torana SLR 5000 but a whole entourage of Muscle and classic cars. Filled with emotion Brett and his brother Ty headed off led by Brett’s employers Mackay and Sons House Removals Big black Mack truck complete with wedding ribbons. Desley, her son Taylor and their two beautiful bridesmaid daughters Felicity and Mya followed soon after in a stunning Purple 57 Chevrolet and another entourage of beautiful cars.

Surrounded by family and close friends they were married with Desley’s hand being passed to Brett’s by their 18-year-old son Taylor.

There was another surprise in store, a special guest appearance. Brett is a massive Jimmy Barnes fan and Sarah had organised the ultimate wedding surprise – a recorded message from Jimmy Barnes wishing them a happy wedding day and life together.

Brett and Desley are enjoying life together as husband and wife. They cannot thank everyone enough for making their wish come true. 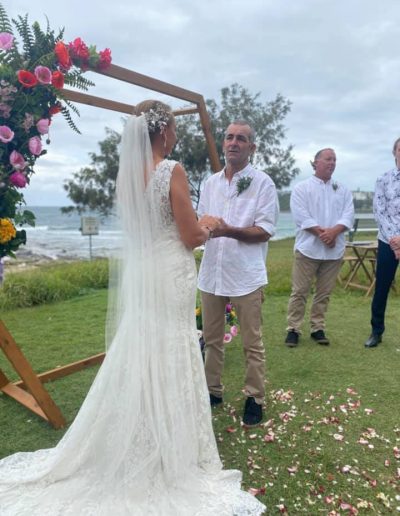 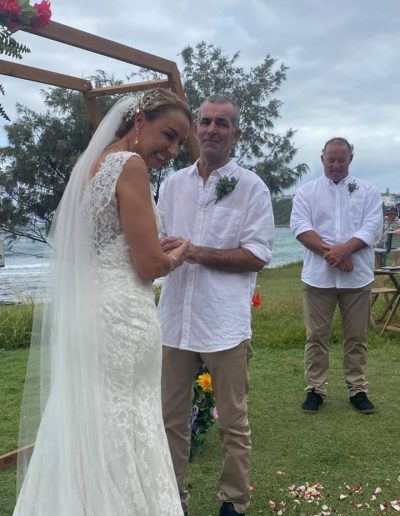 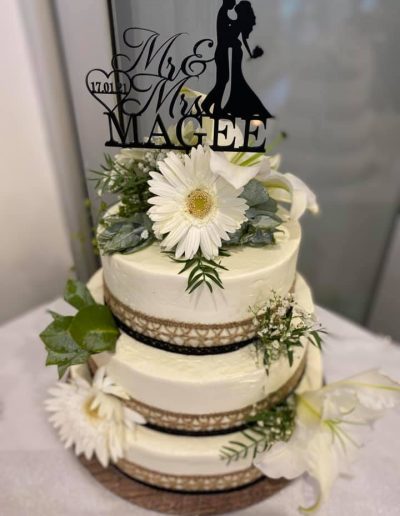 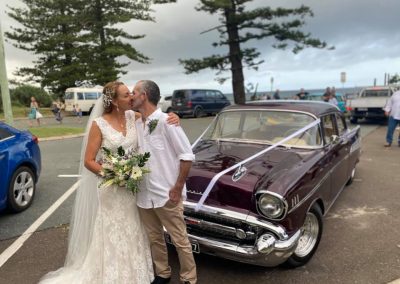 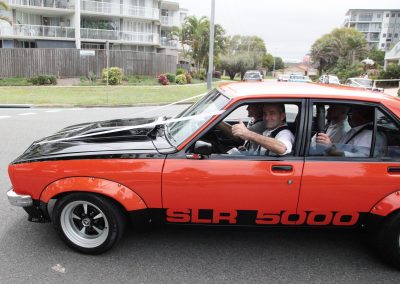 We would like to thank everyone who supported Brett and Desley’s wedding day.